Wine production in this part of Sicily has for centuries been closely related to the history of the Beneventano family.

The large estates of Armenia, Sant’Agostino and Frescura were feuds belonging to and still partially owned by this family renowned in the area for its spirit of initiative and the modern and well-organized administration of its properties at a time, the end of the eighteenth century, when such an attitude was certainly not common.

In particular, in the Frescura feud, located between Syracuse and Floridia, land that has always been called “the mother of wines” by the wine- growers, Baron Guglielmo started up an important wine production activity in the second half of the eighteenth century, based mainly on the famous Moscato of Syracuse.

This Moscato, know and particularly appreciated in all European courts, was shipped on feluccas, rams, tartanes, pinks and brigs, as witnessed by a large number of bills of lading to be found in the family archives, as well as in the master book of feudal administration. 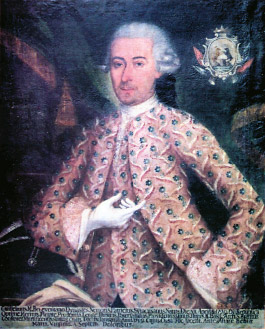 At the beginning of the last century, Baron Matteo, a family pioneer, crossed the ocean and opened in New York an emporiun for the sale of his wines and above all to introduce the Moscato of Syracuse to the American market.

Even in more recent times, in spite of the difficulties which led to the wine crisis in our region, the Frescura feud has continued to produce Moscato and Calabrese, part of which has been put down to mature in the cellars of the Beneventano Palace in Syracuse.

Today Pietro Beneventano renews this old family tradition, dedicating more land to vineyards in order to offer a high level of production for today’s market which is more and more interested and sophisticated.